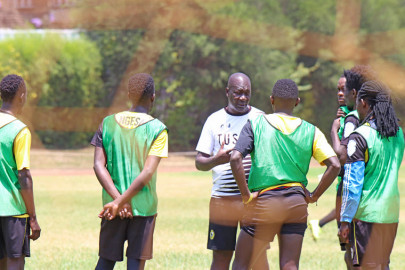 The Kenyan champions left Nairobi at 1:25am for a five-hour flight to Doha before connecting for a further six-hour trip to Tunis.

The two sides played to a barren draw in the first leg in Nairobi last weekend and Tusker will be in North Africa looking for at least a scoring draw to progress to the group stages for the first time ever.

Club captain Eugene Asike says they are determined to qualify to the group stages of the competition.

“They are the once under pressure because they are playing at home. We know the importance of getting an away goal in this game and we have to be disciplined defensively and be accurate in front of the goal when we get the chances to score,” Asike said.

Tusker will be missing the services of Hillary Wandera who dislocated his shoulder in the first leg and is expected to be out for the next three weeks. his place has been taken up by Kevin Monyi.

The final training session will be on Saturday evening at the match venue. The game is scheduled for Sunday 1800Hrs local time (2000Hrs EAT) at the Stade Taïeb Mhiri in Sfax.