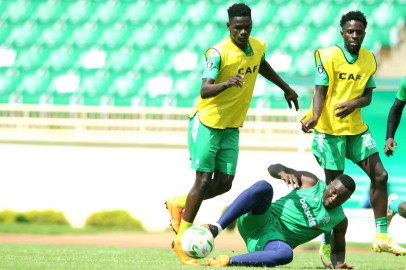 Kenyan representatives at the CAF Confederation Cup Gor Mahia and Tusker FC will face AS Otoho d'Oyo of DR Congo and Tunisia’s CS Sfaxien respectively in the knockout stage set for November 26-28.

Gor Mahia will launch their quest for the group stage spot away in Kinshasa on November 28th while the FKF Premier League champions will welcome the championship record-winners CS Sfaxien in Nairobi before flying to Tunis for the return leg a week later.

Tusker dropped to the Confederation Cup after a 5-0 aggregate thumping by Egyptian giants Zamalek SC in the second preliminary round of the CAF Champions League while Gor Mahia eased to the knock out stage after a walk over against Al Ahli Merowe of Sudan.

The local champions lost 1-0 in Nairobi and 4-0 in the second leg in Alexandria to drop from the lucrative CAF Champions League while Gor Mahia easily progressed to the playoff round after a walk over against Merowe. Gor won 3-1 in the first leg played in Egypt.

Reacting on the draw, Coach Robert Matano has said; “It is a tough draw but we will definitely give our all to get good results. We have learnt a lot from both matches against Zamalek and we have seen what we need to do and what we need to improve and also how to approach these matches better,” he noted.
Matano also expects their activity in the Kenyan Premier League to enhance preparations for their clas against the North Africans.
“The game will come at a time when we will have already played some matches in the league and the players will have picked some necessary match fitness and also the cohesion in the team will be better in terms of understanding and playing as a unit,” he explained.
The coach has also promised fans a better show, despite acknowledging they will have to outdo themselves to progress.
“We know we have our work cut out and we promise to do better and play better. We started on a low but now we have to raise our level and do better.”