Man found dead inside Butere lodging moments after checking in 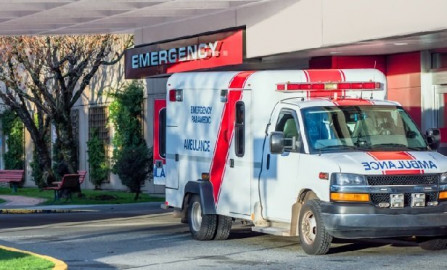 Residents of Butere, Kakamega County, were left scratching their heads after unidentified man was found lying dead inside a popular lodging.

According to witnesses, the man, said to be of fairly advanced age, was seen walking into the lodging on October 21, around 10 am, accompanied by a young night nurse.

The woman – said to be a sex worker – was reportedly seen walking out of the lodging house alone just moments after checking in and appearing to be in a hurry.

“I saw them walking in together, but then saw the woman walking out alone, roughly half an hour later. I was shocked to see her leaving alone and hurriedly," said David Andati.

Adding: “Our curiosity pushed us to peep through the window where we saw a body of a man lying on the bed, he was naked.”

The area residents have also raised concern over increased cases of unexplained deaths occurring inside lodging houses with many linking the deaths to uncontrolled and careless usage of sex enhancement drugs.

“In most cases the police have recovered sex enhancing drugs scattered on the bed or in the pockets of the deceased persons noted," said Alice Muhonja.

Police from Butere would later move the body from the scene – and booked it at the Butere Hospital morgue awaiting autopsy to determine the exact cause of death.  Other reports, however, indicated that body has since been moved to Kakamega Referral Hospital.

Police are trying to piece together evidence to ascertain what may have transpired that fateful morning.