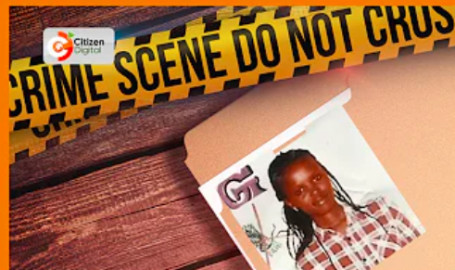 The family of the late Agnes Wanjiru is agitating for justice and compensation after details emerged of how a British soldier in Nanyuki brutally murdered the 21-year-old mother of one.

Sunday Times, a UK publication detailed how the accused soldier confessed to fellow soldiers, with reports of cover-up of the murder by British Army bosses now emerging.

If Agnes Wanjiru was alive today, she would be with her daughter who is currently nine years old.

Wanjiru was brutally murdered back in 2012 when the daughter was just nine months old at the time.

Her family’s quest for justice has been an agonizing experience with every glimmer of hope fading with each passing year but there seems to be light at the end of the tunnel, albeit on paper

Joseph Muchiri, an uncle to the deceased, admits being a family of limited means, yet the daughter to the deceased sister who is now in Grade Four looks up to Muchiri for sustenance but things are becoming tough and for Muchiri, some compensation will go a long way in wiping their tears.

‘We have not gotten any justice and not one has given us any update on this matter,” says Muchiri.

An inquest into the murder of Agnes that concluded in November 2018 read in part: "I find it fit to close the inquest and, in my opinion, find that there was an offence as committed."

The decision was delivered and signed by Njeri Thuku, a Principal Magistrate at the Nanyuki law courts.

A report on the progress of the investigations into the murder case is expected when senior military chief from Britain arrives in Kenya next week.

Meanwhile, Kenyan authorities are yet to issue any responses on the revelations.