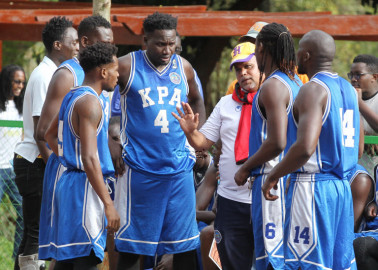 The Kenya Basketball Federation (KBF) playoff fixture pitting Kenya Ports Authority (KPA) and seventh seed Eldonets hangs in the balance after the latter threatened to give it a wide berth following unsuccessful attempts to have their ranking changed.

Eldonets head coach Maurice Ouma has accused KBF fixtures secretary Joseph Amoko of unfair treatment after he awarded KPA a walkover in their regular season fixture that was scheduled twice but not played following successful applications, an outcome that saw them drop to seventh seed after the regular season.

Ouma says the confusion has hindered their preparation as they are yet to return to camp with less than a week to go before the playoffs tip-off.

“Have not returned to training because we appealed the league standings. We secured fifth-seed but the fixtures secretary ranked us at number seven which we are not okay with.

“We have made several attempts to make our grievances known to him all but in vain as he is yet to return our calls or reply to our mails.”

With a fifth seed, Eldonets could have secured a match-up against the fourth-seed Nairobi City Thunder who are matched up against Strathmore Blades based on the current KBF standings after the regular season.

“We fought hard to improve our ranking compared to last year but we will oppose any move that will rob us of our achievements,” he added.

When asked if they will stage a no-show on Saturday against KPA Ouma reiterated their stance that they will not play against unless the team management advises otherwise.

“As a coach, I cannot guarantee that we will play against KPA because my players have not trained.

Again, we are not to blame for the standoff because we aired our grievances early enough for the federation to act which they failed.