Borussia Dortmund: What does Favre’s sacking mean for star players?

Borussia Dortmund have reached a low point. After the firing of manager Lucien Favre, the German giants have to weather the current crisis and then install a new manager that can bring enthusiasm and a new philosophy.

Dortmund sacked Favre following an embarrassing 5-1 loss to recently promoted VfB Stuttgart. The defeat, which was a third in five league games for Dortmund, left them fifth in the Bundesliga with doubts growing over whether they can achieve their season goals.

Favre had been charge at Dortmund since summer 2018. Results in his 30-month tenure had been acceptable, as he recorded the highest point average of all BVB coaches in history at 2.09, but he never fully exploited the potential of the team.

Sancho and Haaland could be gone 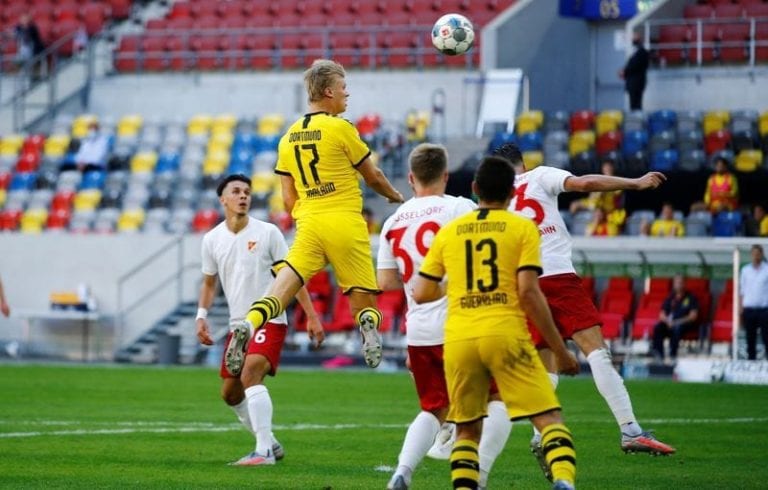 England international Sancho has been linked with several clubs in recent months, most notably Manchester United, and could be out the door next summer.

While it is likely Haaland – who has scored a remarkable 33 goals in 32 games for Dortmund – and USA midfielder Reyna will stick around longer, there is no guarantee they will remain committed to BVB if the team doesn’t qualify for the Champions League.

Dortmund were only able to develop their reputation as a destination for soon-to-be-world-class talents because they could offer the stage to shine internationally and in championship races against Bayern.

Possession is the main concern

What ultimately cost Favre his job was his inability to make Dortmund a dominant team in possession. For years now, BVB have been inconsistent when asked to play from the back.

After being thrashed 5-1 by Stuttgart on Saturday, even some of the veterans, including Mats Hummels, started publicly questioning Favre’s tactical approach. “Unfortunately, we only take risks in spaces where the gain is fairly small but defensive consequences can be huge,” Hummels said.

The 31-year-old tried to point out that Dortmund often keep the ball at the back for too long and don’t know how to advance up the field. This is an invitation to opponents to pressure them and force them into errors.

Marco Reus also made a harsh judgement about recent performances: “We are not a team that can defend particularly well.”

Favre’s eventual successor has to solve these tactical issues and allow the team to play “meaningful football”, as Hummels put it. That being said, a new coach also has to bring a different energy to the Signal Iduna Park.

Dortmund and Favre had never been an ideal partnership, owing to the 63-year-old’s rather dry persona and technical style. The Swiss manager rarely screamed or put players in their place when they messed up. He usually remained calm and polite, in the same manner Bundesliga fans have known him for many years.

However, BVB, with its group of youngsters, apparently need a different personality at the sideline – someone that can fuel enthusiasm and enforce discipline. Dortmund returned to the international stage a decade ago under Jurgen Klopp, as the young manager introduced his “heavy metal football”.

Klopp provided tactical wisdom but also brought a larger-than-life personality. While he cannot be copied, Dortmund need to find someone who offers the same mix and represents a distinct philosophy. If they don’t, then the consequences to their domestic and international status could be severe.