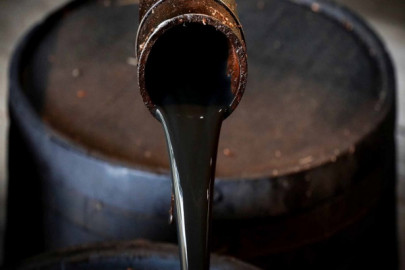 While the mechanism has served to keep fuel prices unchanged since November, the system is set to cave in under pressure from weighty landed fuel costs.

Since March last year, the government has put a check on oil price increases by deploying the Petroleum Development Levy (PDL) as a buffer.

However, the fund is now seemingly maxed out as oil marketers in the country lament delayed compensation from the National Treasury for margins forgone.

Moreover, with the oil marketing companies (OMCs) setting their margins to zero as of January 14, this implies the stabilisation mechanism has cut ‘fat to the bone’ meaning OMCs can no longer forgo any further margins leaving the government at cross-roads.

OMCs are already set to receive Ksh.14.75 as forgone margins for the supply of super petrol per litre this month, Ksh.17.84 for diesel and Ksh.20.23 for kerosene.

Global oil prices have meanwhile soared by over 23 per cent in just one month, an indicator of increased pressure on the domestic price stabilisation mechanism over the short term.

According to energy sector expert and the Coordinator of the Kenya Civil Society Platform on Oil and Gas, Charles Wanguhu, the oil-price stabilisation mechanism will not hold under increased global oil prices.

Sources at the oil producing and exporting countries cartel (OPEC) and analysts including those from Goldman Sachs expect benchmark oil prices to hit $100 (Ksh.11,350) per barrel later in 2022 driven largely by tightening supply.

While the extended members of OPEC (OPEC +) have made a deal to increase supply by 400,000 barrels per day each month, many of the parties have struggled to meet the increased capacities.

Tightening supply comes against sustained demand which has brushed concerns including rising global interest rates and the Omicron variant.

On Tuesday, global prices touched a seven-year high with the price of oil futures at their highest since late 2014.

To cushion Kenyans against the looming spike in oil prices, Wanguhu says the government must move to cut taxes on fuel products.

“The challenge remains the need to relook taxes and possibly reduce those taxes,” he added.

The MP wants the bill fast-tracked by when House business resumes next week.

The bill proposes significant cuts to taxes and levies on fuel including the halving of VAT and the PDL.

Oil prices are expected to come under even more pressure from the weakening of the Kenyan shilling which has already shed 0.4 per cent of its value against the US dollar so far in 2022.