Eddie Ndichu steps down from Association of Fintechs in Kenya board 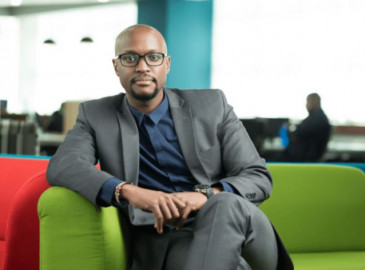 Wapi Pay co-founder Eddie Ndichu has now relinquished his seat on the Board of the Association of Fintechs in Kenya (AFIK) in the midst of a storm generated by assault claims levelled against him and his twin brother, Paul Ndichu.

The brothers were over the weekend allegedly involved in a scuffle with women at a city hotel, which was captured on video and has since gone viral.

The board, in a statement posted on LinkedIn, said Mr. Ndichu stepped down during a special meeting convened on Tuesday, October 19, 2021.

AFIK further stated that the matter is still under investigation, however adding that it does not condone gender-based violence.

“The Board of the Association of Fintechs in Kenya takes note of the unfortunate allegations made against our board member Eddie Ndichu following an altercation at a city hotel on Saturday the 17th of October 2021. The allegations are now subject to public discourse, particularly on social media platforms,” read the statement.

“On the 19th of October the Board convened a special meeting during which Mr. Ndichu stepped down as a board member pending formal investigations into the matter.”

The statement, jointly signed by Chairman Ali Hussein and Secretary Munyi Nthigah, added: “The Board takes this opportunity to state that it regrets the current circumstances and does not in any way condone gender-based violence or violence of any kind.”