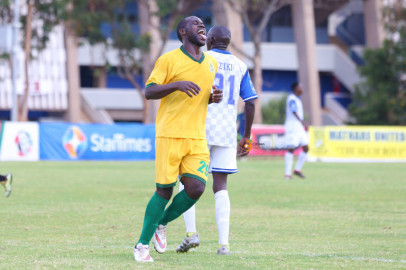 Mathare United players missed training last week because they have not been paid their wages, head coach Ezekiel Akwana has said.

The FKF Premier League is currently without a sponsor and players and staff have gone months without pay, leaving the squad in distress.

Mathare have struggled to meet its financial responsibilities since losing its sponsor last season when they were nearly pushed into relegation.

Akwana said the players are due to return this week but admitted he faces a difficult motivating them and getting them game ready ahead of the league’s return.

“We are resuming training this week, last week we had not trained because of financial issues that have been really affecting us.

“I don’t think we will be 100% ready for the weekend fixtures because three days are not enough for preparation, maybe after 10 days but we will give our all in the coming games, there is no way we will go to a match without thinking of a win,” Akwana said.

The FKF Premier League is currently on a two-week suspension imposed by the Caretaler Committee that was formed to run Kenyan football following the dissolution of Football Kenya Federation.

Mathare sit 14t on the league standings with six points after six rounds and lost both their fixtures that came before the international break.