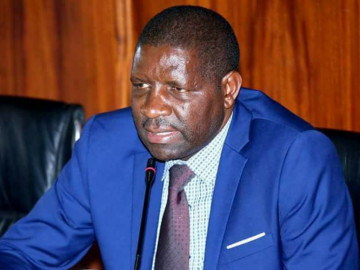 Nakuru Town East Member of Parliament David Gikaria has introduced a bill to Parliament seeking to have sex work legalized.

Section 182 gives police powers to arrest those engaging in commercial sex in public places, beggars and drunkards causing a breach of peace, on grounds that they are idle and disorderly.

Gikaria argues that police have used the powers to harass civilians.

“The Penal Code is amended by repealing Section 182. The law enforcers have often used Section 182 to harass innocent members of the public,” states the legislator.

According to the Penal Code, idle and disorderly persons include “every common prostitute behaving in a disorderly or indecent manner in any public space.”

The bill’s first reading in Parliament is due.