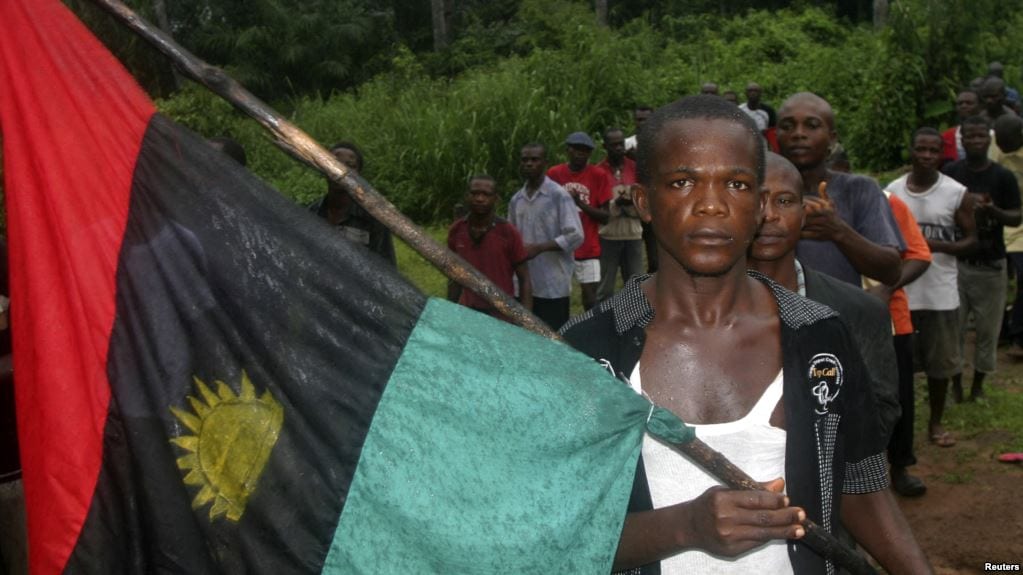 On May 30, many people in southeastern Nigeria will remember those who lost their lives in one of Africa’s most brutal wars. More than 1 million people died during Nigeria’s 1967 to 1970 civil war known as the Biafra War The conflict erupted after leaders from southeastern Nigeria declared that the region would secede from Nigeria.

Memories of the war remain strong for those who lived through it.

“Have you been walking with somebody and the bomb killed him and all you have to do is look at the corpse and continue walking? Even if it’s your sister, you just continue walking because you’re running for dear life? Or have you been hidden in the roof of a building because you are afraid, because your mother is afraid the soldiers will come and rape you?” says Enuma Okoro, who was 21 when the war broke out.

“In my compound we saw several skeletons of dead people. My father’s compound was flattened. It was a war front,” says Obum Okeke, who was 7 years old when the war started.

The war gained widespread global attention once pictures of starving Biafran children were published in the international media. The Nigerian government had formed a blockade, making it difficult for aid groups to reach Biafra. Many children starved and developed a severe condition that became known as kwashiorkor.

“First of all, the first thing you notice is the stomach bloated,” says Christopher Ejiofor, a traditional king in his community in the southeastern state of Enugu and the aide to Chukwuemeka Ojukwu, a military officer and leader of the short-lived Republic of Biafra. “The arms to the bones, the legs to the bones, the thigh to the bones, the head, skull. Can you imagine that? That is a starving a child. And that is what happened everywhere in Biafra,” he says.

The war ended with the surrender of Biafra in January 1970. Biafrans returned to Nigeria and the country once known as Biafra, ceased to exist. But in recent years, the pro-Biafra movement has resurged. Supporters say the grievances that led to the war have still not been addressed.

A survey released this week from a Nigerian research group revealed that the pro-Biafra movement is gaining support, particularly among young people who did not experience the war. The rise could also be a reaction for a region that has received little infrastructural development from the federal government.

“I am supporting it [Biafra] because that is who I am,” says senior university student Sofuru Afah. “Nigeria is an artificial creation by the British. I am not a Nigerian and I have never been and I never will. Buhari hates our people.”

Nigerian President Muhammadu Buhari fought against Biafra during the civil war as a young soldier. He says he will not tolerate the Biafra movement. Under Buhari’s administration, Nnamdi Kanu, leader of one of the more popular pro-Biafra groups, called IPOB, was detained in 2015 on charges of treason, criminal conspiracy and belonging to an illegal society. Kanu was released on bail last month after spending nearly two years in prison in the Nigerian capital of Abuja.

IPOB’s deputy, Uche Mefor, told VOA the Nigerian government cannot ignore the voice of Biafrans. He says May 30 will be a day for the world to recognize because pro-Biafrans will unite in peaceful resistance. Some pro-Biafrans will stay in their homes while others plan to join street rallies.

“The compliance on that day will indeed convince the world that the people of Biafra are actually ready for their self-governance. We have our right to self-existence and it doesn’t matter what anybody things about it,” he told VOA.

The Nigerian government is determined to preserve Nigeria. Speaking at a Biafra remembrance forum in Abuja this week, acting president Yemi Osinbajo said Nigeria should remain one and all Nigerians should strive to achieve an ideal Nigeria.

“We are not there yet, but I believe we have a strong chance to advance in that direction. But that will not happen if we allow our frustrations and grievances to transmute into hatred,” Osinbanjo said during the address.

But, the message of one Nigeria is too late for many people like Lawrence Akpu, a former Biafran fighter. During the war, shrapnel cut into his spinal cord. Today, he’s confined to a wheelchair. Even though he’s poor and begs for handouts, he says he doesn’t regret fighting for Biafra and will fight again.

“If we join our hands together to seek Biafra, we shall get Biafra. Because we have no place in Nigeria,” Akpu says.

Akpu joins a group of other disabled Biafra War veterans on a hot afternoon. They reminisce about the war and soon, they begin to sing the war songs that kept their spirits inspired to keep fighting.