Miss P opens up on inspiration behind the song 'Baby Shower' 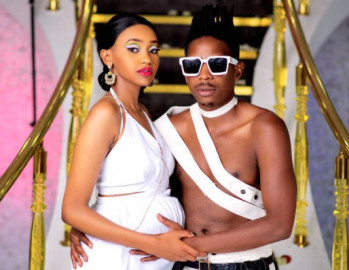 Singer Miss P has come out to speak on the inspiration behind her song 'Baby shower' that brought about a lot of backlash from netizens, following her fake pregnancy announcement with controversial comedian Eric Omondi when launching the project.

Speaking on Citizen TV’s 10 over 10 show on Friday, Miss P said the song came up as a strategic idea.

“We sat down and realized that there are birthday and wedding songs. When there’s a baby shower, those are the same songs that are being played. That is how we decided to work on a baby shower song to celebrate expectant mothers,” she said.

When asked about her general thoughts on how the music industry is shaping up, especially for female artists, she stated that technology has expedited access to their art.

“I think on a general aspect, growth in technology has really helped us. Content creators are benefiting. People have Wi-Fi available in their houses, enabling them to stream. To make it, you just have to be consistent,” she stated.

The ‘Fall In Love’ songstress urged people to believe in growth and consistency in whatever they venture in, adding that it will eventually pay off.

“Music has been my passion for the longest time. What I deliver in my videos and my voice is something I have been doing all my life. I have been practicing and training. I didn’t know when Miss P would ever exist. I believed I would get here at one point, and here I am,” she added.