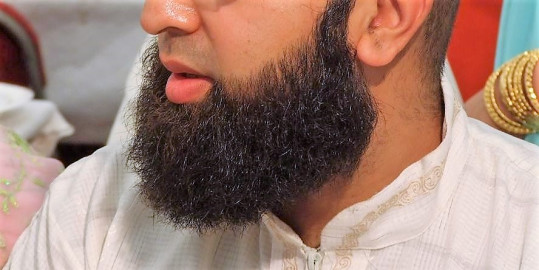 Residents of Lamu County are being discriminated against by police officers because they have long beards, according to religious leaders in the county.

According to the leaders, officers from the Anti-Terrorism Police Unit harass bearded men at police road checks, accusing them of being involved in terrorist activities.

“Osama bin Laden wore a long beard and now everyone with a long beard is being treated as him. It is not fair,” said Ustadh Muhaammad Abdikadir, one of the leaders.

They claim that when they are seen wearing kanzus and Muslim skullcaps, ATPU officers profile them and harass them on suspicion of being terrorists.

Long beards, according to the leaders, are in accordance with Islamic teachings and should not be used against them.

“Keeping beards to us is Sunnah because Prophet Muhammad kept his beard,” added Abdikadir.

He went on to say that many men have been harmed as a result of wearing the look, particularly if they are caught without their National Identity Cards.

The leaders now want security officers to respect their religious beliefs and treat them as if they were shaved, claiming that anyone can commit a crime.