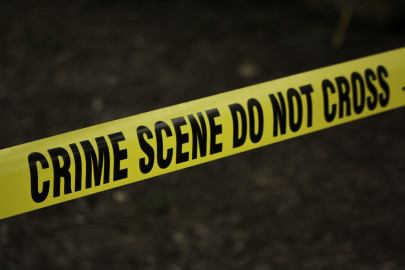 The plot surrounding the murder of BBC journalist Kate Mitchell has thickened after it was revealed that the man accused of her murder had a room booked at the same hotel with his girlfriend on the same night.

According to police reports, Mr. Tamati Mauti had booked a room on the seventh floor of the swanky hotel in Westlands with his girlfriend Michelle Akinyi early Thursday night.

Later, Mauti and Mitchell are said to have had drinks at the bar, after which Mauti followed her to her room on the eighth floor of the hotel.

“We suspect that this is when the two engaged in a scuffle that resulted in the death of Ms Mitchell,” Kilimani Sub-county Police Commander Muturi Mbogo told Daily Nation.

Mitchell is reported to have pressed the alarm bell during the altercation.

According to the police, Mitchell's hotel room's door was, however, locked with a chain lock from inside when detectives arrived, forcing them to seek the services of a hotel technician to open it with a screwdriver.

They found her  body inside the bathroom, with a stab wound on the neck and bruises around her eyes.

There were also some shards of a broken window on the floor.

After examining the incident, police discovered another body on the first floor,which was later confirmed to be Mauti’s.

In details later recounted to the police, Akinyi said she knew Mauti was in the bar but waited overnight for him at their room to no avail.

She knew of her boyfriend’s death on Friday morning at Kilimani Police Station where she had gone to record a statement.

She identified her boyfriend’s body and disclosed that the two were engaged and set to wed in December.

Kate Mitchell was the head of BBC’s charity wing BBC Media Action in Ethiopia. She had fled the country for Kenya last month per the UK’s directive to its citizens in the country due to the security tensions in the area.

Investigations into the death of the two are still underway.