Gospel singer Size 8 set to be ordained as a preacher 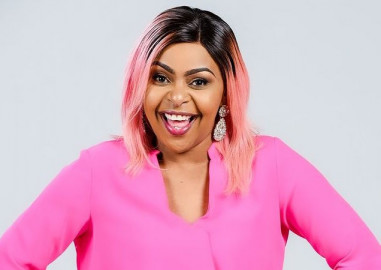 Size 8 Reborn, a gospel singer, will be ordained as a minister of God's word in a ceremony at the Jubilee Christian Church (JCC) Thika Gatitu on Sunday, December 12.

Pastor Kelvin and Jacky Ephraim will preside over the ceremony.

Size 8 took to social media to announce the start of a new chapter in her life, and it was an emotional moment for her.

“I will be ordained as a minister of God's word, a servant of the most high God this Sunday and this is very emotional for me. God is not a man that He should lie. He chooses whomever and changes them to serve Him.”

Size 8, born Linet Munyali, was formerly a secular artist known for her singles ‘Shamba Boy’, ‘Vidonge’, ‘Moto’ among othersShe confirmed in April 2013 that she had crossed over to the Gospel music industry after being born again and releasing her first single, dubbed 'Mateke.'

“My life is like a movie from the secular world to an ordained servant of God. See God. God’s grace is real. I got born again in 2013 and started the Gospel music journey, five years later in 2018, I went to Bible school and graduated. Now 8 years later in 2021, am going to be ordained,” she narratedThe singer felt obligated to God and grateful to his husband and mentors for guiding her through the transition from the secular to the religious world..

“To God be the glory only by His grace, His power and spirit through His son Jesus Christ has this happened. In God's time he makes everything beautiful. To my husband @djmokenya thanks for allowing me to go serve God and to my Pastor and mentors Pastor Kelvin and Jacky Ephraim God bless you all.”