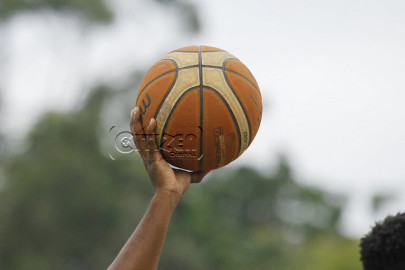 An umpire's hand starts play at a basketball match.jpg

Equity Bank basketball head coach David Maina believes changes in rotations gave them an easy win in Sunday’s match against Gladiators of Burundi in the FIBA Zone Five Championship ongoing in Dar es Salaam, Tanzania and is backing a Kenyan club to win the competition.

"We managed to make a lot of rotations which we had failed to make in the first two games which were tougher. We minimized our rotations and managed to win without struggle.

At the same time Maina believes the trophy will come to Kenya but they first need to win today’s matches.

“We are going to do the same in today’s match against Don Bosco so that we can be able to rest some of our key players as we wait for our last game tomorrow ( against KPA) in order for us to fight for position one and two,” Maina said.

In today’s fixtures KPA will be facing Gladiators from 4:30PM in their fourth game while Equity will be meeting Don Bosco of Tanzania from 7 PM.

So far both teams have won all their matches in the championship being played in round robin format.

In their first two matches KPA defeated The Hoops of Rwanda and Don Bosco 80-36 and 70-21 respectively while Equity hammered REG and The Hoops 53-33 and 53-51 respectively.

The two sides will be facing each other in their final match tomorrow which is expected to determine who wins the trophy.