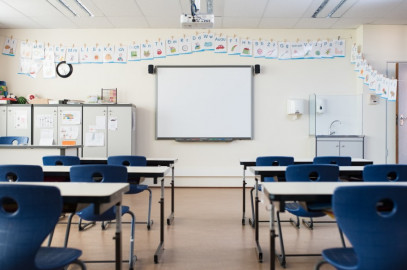 Grief has engulfed residents of Bosei village in Kabartonjo, Baringo, after a senior teacher who had been reported missing was found dead on Sunday, October 17, 2021.

The body of Mr. James Yator Chepkangor, aged 47 years, was found dangling on a tree at the nearby Rot forest - some few kilometers from his home.

Mr. Yator, who until his demise was the heat teacher at Bosei Primary school, was reported missing on Monday, October 11, 2021.

"My brother had a lot of unresolved issues in his family which might have triggered his weird actions,” Johanna Yator, the brother to the deceased told Citizen Reporter on phone.

Johanna added: “He might have decided to end his life due to stress occasioned by frequent family wrangles.”

The body of the deceased was taken to Baringo referral Hospital Mortuary as police launch investigations into his death.

Speaking about the incident, Yator’s wife Mary Chepkangor said: “He left home in the morning, but he never came back that evening.”

Reports indicated that the head teacher was last seen alive outside his shop at Bossei trading centre on the Monday he went missing.

According to officers form the Kabartongo police station, the deceased left his phone, two SIM cards and Identity card at home on the morning he went missing.

Police are trying to piece together Yator's last moments as they proceed with their investigations.