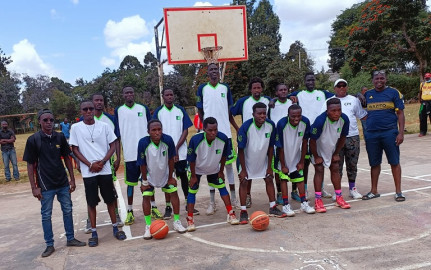 National Bank of Kenya (NBK) are through to the semifinals of the 2021 Kenya Basketball Federation Inter-County playoffs following their 60-41 demolition of Jomo Kenyatta University of Technology (JKUAT) on Saturday at the Uasin Gishu Primary School court.

JKUAT were quickest off the blocks establishing a 17-11 lead in the first quarter but surrendered their lead as NBK pounced back from their slow start to reduce JKUAT's advantage to 28-26 going into the break.

National Bank carried on with their momentum in the second half as their limited their opponents to single digit points in second half to close out the game 60-41.

Center Mathew Weow who was pivotal to NBK's resurgence scored a game high 13 points as his three blocks and seven rebounds were crucial to their excellent defense in the second half.

Speaking to Citizen Digital at the final buzzer NBK head coach Emmanuel Agunda expressed satisfaction at the way they shrugged off their poor start to secure a semi-finals berth.

"I wasn't really scared because of our poor start because we are used to coming back to win most of our games.

"I know it's a major weakness that we need to work on but am glad we are able deal with it at the moment.

Agunda singled out Weow for praise for his starring role in their famous comeback terming his display as excellent.

"He is a special player because of his ability to use his size to defend and also give us an edge on the offense.

"It is a trait that many coaches want to see in their players and we are enjoying the time he's spending with us."

National Bank will take on Dagoretti High in the first quarter finals tomorrow as they eye a finals berth.