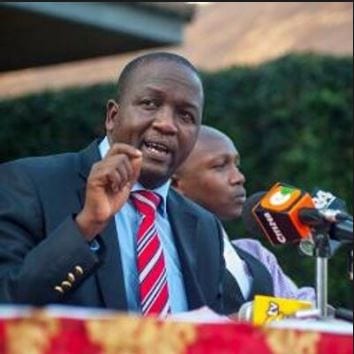 Tiaty Member of Parliament (MP) William Kamket has been arrested in Nairobi in connection with the banditry attacks in Kapedo.

He is currently being detained at the Kileleshwa Police Station and will be transferred to Nakuru according to police officers.

His arrest comes a day after he joined other leaders from Baringo and West Pokot who appealed to President Uhuru to deescalate the ongoing security operation in Kapedo.

The leaders asked the government to change tact, saying the operation was inhumane.

They claimed the rounds of skirmishes were had been caused by tussles over boundaries and extreme poverty.

On Tuesday night, 6 people were killed and scores injured in a shootout between the police and suspected bandits.

Interior CS Fred Matiangi, on Wednesday warned that the government was keen on ending the insecurity menace in parts of Baringo and the Turkana borders.