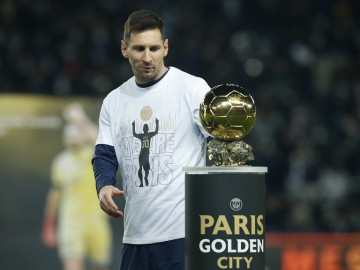 "I think it's football justice. He is the best footballer in the world, and the best of all time. And he deserves this seventh award. No doubt about it," Xavi said.

"We may think that maybe Lewandowski also deserved it, or other players, but this is the same debate every year... The moment they open the envelope and they say Messi won it, then it's fair."