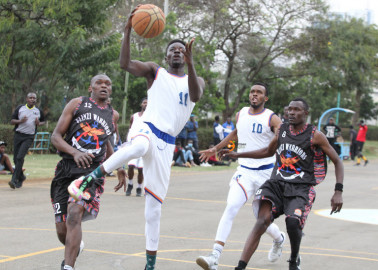 KCA University head coach Charles Goro is looking forward to an improved campaign next term in the lower league after a horrendous run this season that saw them get the chop from the Kenyan men basketball premier league.

KCA, who finished their regular league matches on Sunday with a loss to Thunder managed to pick just one win in the entire campaign and Goro is expecting his young team to improve with life in the lower division.

The tactician is expecting the team to grow and improve since most of his current players are young and inexperienced.

“We are a young team, we are still rebuilding ourselves. Most of our senior players left and we remained with young players mostly fresh from high school.

The team managed just 23 points from 21 matches to cap their miserable run.

As per now KCA stand relegated but waiting for all the regular league games to end to confirm their positioning.

The basketball premier league playoffs is expected to start early next year with regular league remaining matches expected to come to an end next week.