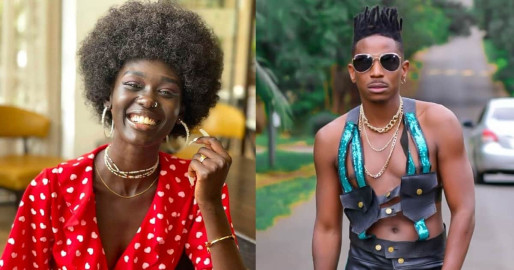 This as Omondi took to Instagram on Thursday to celebrate Ayen on her birthday.

“Happy birthday my love. Please come back home. Let’s talk, sort out our issues, meet our parents and start a family,” he wrote

The funnyman’s younger brother Felix Omondi responded in the comment section claiming Omondi  is in the dark about what is really going on.

He went on to also wish Ayen a happy birthday while urging her not to be tempted again by Omondi.

“Happy birthday to you baby girl @ayen_monica1 cheers to many more together. Leave Eric alone, we gave him many chances but he wasn't ready. Now he wants you back. Remember who made you not go back to South Sudan when Eric had so many scandals. Let him not tempt you. Happy birthday Jaber Mrs. Omondi,” wrote Felix.

When Ayen was asked if she is dating Felix in a recent interview with content creator Nicholas Kioko, she responded saying, “No I am not,” adding that they’re just friends.

“We met at the airport when we landed. We talked and became close. We had a simple connection, but it’s nothing serious. I wouldn’t say it’s past friendship. I consider him as more of a friend than a partner,” she stated.

Ayen recently ended her relationship with the self-proclaimed President of Comedy in Africa via an Instagram post calling him a liar; this came on the back of a series of scandals that faced the comedian.