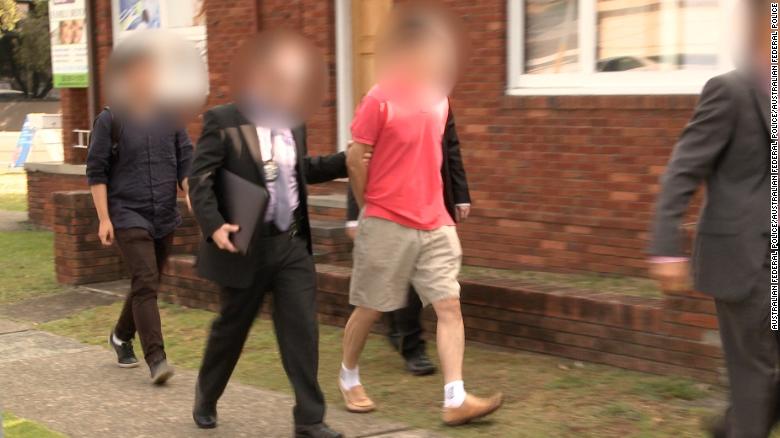 Australian authorities arrested a 59-year-old man for allegedly acting as an economic agent for North Korea with the intent of raising revenue for the Pyongyang government.

Police said the man allegedly brokered the sale of missiles, missile components and expertise from North Korea to other international entities, and discussed the supply of weapons of mass destruction.

He also planned to transfer coal from North Korea to entities in Vietnam and Indonesia, police said. Police said there is no evidence that the governments of those two countries were aware of the plan.

These actions are alleged breaches of UN and Australian sanctions. Recent UN sanctions have targeted everything from seafood exports, foreign labor and joint ventures with North Korea.

The arrested man is facing six charges in connection with the acts.

“This case is like nothing we have ever seen on Australian soil,” Australian Federal Police Assistant Commissioner Neil Gaughan

“This is the first time charges have been laid under the Commonwealth Weapons of Mass Destruction Act in Australia, and the first time we have laid charges specifically for alleged breaches of UN sanctions against North Korea.”

Choi didn’t appear or apply for bail during court on Sunday, and bail was formally refused by Acting Magistrate Carl Milovanovich, the CNN affiliate reported.

Police started investigating the suspect after a tip “from another international agency on another matter.”

According to the Seven Network report, Gaughan said the business activity occurred offshore and that “there had been no risk to the Australian public and that no weapons, or missile componentry — which he said was software– had been imported into Australia.”

“This man was a loyal agent of North Korea, who believed he was acting to serve some higher patriotic purpose,” Gaughan said, according to Seven Network Australia.

“I think at the end of the day he would sell whatever he could to make money back for the North Korean government.”

The Seven Network report said that “Choi has been charged over two transactions that were unsuccessful, but there may be more.”

“But we estimate that if these trades were successful we’re talking tens of millions of dollars,” he told reporters in Sydney.

Suspect was on police radar

• “The man provided services to a Weapons of Mass Destruction Program and discussed the sale of specialist services and ballistic missile technology, with a view to generating income for the North Korean regime.”

• “Those discussions have included the establishment of a ballistic missile production facility, the supply of missile construction plans and the provision of North Korean technical specialists for training and development outside of North Korea.”

• “He discussed the possible sale of missile guidance systems in an effort to generate further income for North Korea.”

Gaughan said the man had been under investigation for months. AFP officers conducted search warrants in Sydney on Saturday and the man was “subsequently arrested” in the Sydney suburb of Eastwood.

The maximum penalty for the offenses is 10 years’ imprisonment, police said.

“The Australian public should be assured that police have acted to ensure no direct risk to our community. The AFP endeavours to support international efforts to maintain peace and security,” Gaughan said in the police statement.

“Any individual who attempts to fly in the face of sanctions cannot and will not go unnoticed in Australia.”

More charges against the man have not been ruled out, according to the police statement.

Australia is a US ally and its government has voiced support for the United States’ policy on North Korea.

Pyongyang has continually assailed Australia as a “vassal country” of the United States in recent releases from North Korean state media.

In early October, a spokesman for the North Korean Foreign Ministry told the country’s state-run Korean Central News Agency (KCNA) that Australia’s support for the United States in opposing North Korea was a “suicidal act.”

“Australia will be unable to avoid a disaster if it keeps toeing the US line of military, economic and diplomatic pressure upon the DPRK despite its repeated warnings,” the Foreign Ministry spokesman was quoted as saying.

“It should be prudent in speech and conduct with its own principle, instead of blindly following the US’ policy of aggression, and realize that working to develop friendly relations with other countries is the best way to its security.”

Australia was one of a number of countries addressed in an open letter from North Korea in October, in which Pyongyang accused the US of declaring war.

The letter followed US President Donald Trump’s September address to the United Nations in which he said “the United States has great strength and patience, but if it is forced to defend itself or its allies, we will have no choice but to totally destroy North Korea.”Australian Prime Minister Malcolm Turnbull and Foreign Minister Julie Bishop said then they believed Pyongyang’s letter showed that North Korea was getting desperate as the US and its allies ramped up sanctions on the rogue regime.

“I see it as evidence that the collective strategy of imposing maximum diplomatic and economic pressure through sanctions on North Korea is working,” Bishop said.

The Australian navy held joint military exercises with its South Korean and US counterparts off South Korea’s coast in November.

South Korea has been a long-term ally of the United States, since the two states fought together during the Korean War in the 1950s.