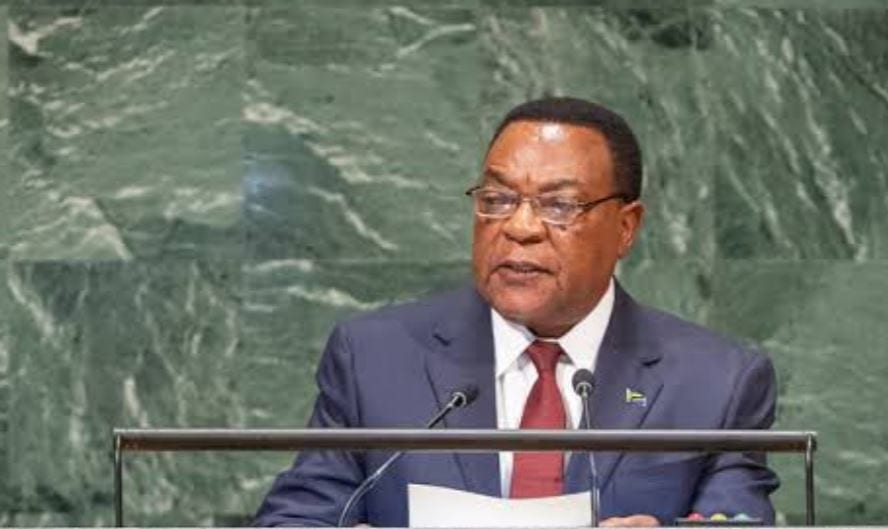 The Minister reportedly died as he was being rushed to a medical facility from his Dodoma home.

Details of what caused the sudden demise of the former United Nations special envoy for Somalia are still scanty.

President Magufuli eulogized the Minister as dedicated hard worker who has served diligently in several top positions in and out of the country.

Thousands of people across the world sent in their condolences shortly after the new broke including the United Nations, Somalia and the German Embassy in Tanzania.

#Tanzania’s Constitutional and Legal Affairs Minister Augustine Mahiga has died. A statement signed by the president said the veteran diplomat passed away this morning after a short illness. Mahiga previously served as foreign minister & ambassador to the UN amongst others. pic.twitter.com/4jHbUKB4q9

We are shocked and saddened by the sudden and unexpected death of Dr. Augustine Mahiga. A wonderful personality, great gentleman and skilful diplomat. Germany is losing a great friend. Our thoughts and prayers are with his family. pic.twitter.com/j9OIvlbMVd