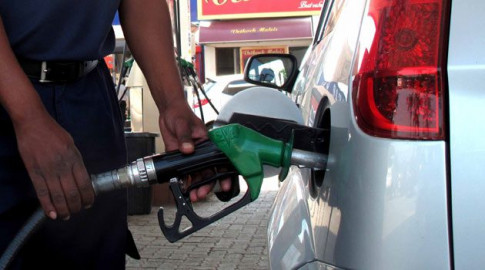 The National Treasury spent Ksh.8,674,683,458.62 in cushioning Kenyans against high fuel costs between April and August this year.

This is according to new submissions by the Energy and Petroleum Regulatory Authority (EPRA) which showed draw-downs from the petroleum price stabilization mechanism.

The cushioning is evident from the near non-movement of fuel prices across the five months as mirrored by the mid-month maximum pump prices adjustment by EPRA.

For instance, following the implementation of the cover on April 14, only petrol prices increased in May and June but by a mere Ksh.3.56 and 77 cents while diesel and kerosene costs were unchanged in five subsequent pricing cycles.

The government however pulled the cover earlier this month to end with the unprecedented jump in fuel costs which saw petrol, diesel and kerosene prices spike by Ksh.7.58, Ksh.7.94 and Ksh.12.97 per litre.

When tasked on the sudden suspension of the cover, EPRA Director General David Kiptoo passed the back of responsibility for the fund to the National Treasury at its parent Petroleum Ministry.

“This is a policy matter and we at the regulator only apply the law as passed and the policy guidance that has been given to us by the government. We are not in a position to answer why but we believe the government should be able to give direction on this particular matter,” he told the National Assembly Committee on Finance and National Planning on Tuesday.

Previous attempts by Citizen Digital to confirm the fate of the subsidy fund with either ministries have hit a dead end as the seemingly end of the program remains as anonymous as its operation.

Ironically, the fund operated for the five months with no legal backing there being no guidelines to inform the operation of the fund.

Nevertheless, funding for the subsidy has been sourced directly from tax payers through the payment of the petroleum development levy.

In July last year, the levy was hiked from 40 cents to Ksh.5.40 for petrol and diesel users with the aim of establishing the cushioning fund which would be used to cover Kenyans from a spike in fuel costs as international crude prices rebound.

The petroleum development levy is among nine other taxes levied on Kenyans for petroleum products.