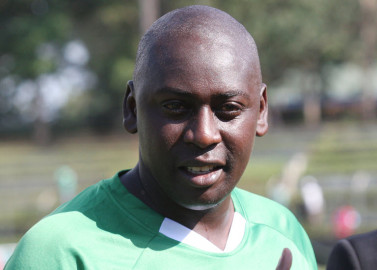 Kakamega Homeboyz head coach Bernard Mwalala has lauded his players for their hard fought 2-0 victory against Posta Rangers FC, in an FKF-PL fourth round clash at Bukhungu Stadium on Sunday.

Francis Omondi and David Okoth goals were enough for the Kakamega based side to bag the three points, to keep their 100 percent record in the current campaign.

Notably, Homeboyz have won all their matches without conceding a goal, and Mwalala knows how important the good start is.

“Posta have shown how good they can be. We were aiming for this victory though I knew it was going to be hectic for my side. I therefore congratulate my boys for the third victory. I I believe we will continue with the same spirit in our forthcoming fixtures,” said Mwalala.

His opposite number Stanley Okumbi was unhappy with the results as he blamed poor officiating for the defeat.

“I’m worried with what is happening when teams are playing away from home, especially from Nairobi to Mombasa or to Western. Is it possible to find fairnesss in such matches?

“It was so clear the centre referee was biased despite the assistants doing a good job.  I won’t say they were bribed but the federation should tighten their address this matter,” he said.

Mwalala avoided the match fixing issue, keeping focus on his next opponents in the league Vihiga Bullets.

“Vihiga Bullets are our main concern now. They have lost three matches consecutively and it will be a difficult match against our neighboring youngsters,” he noted.