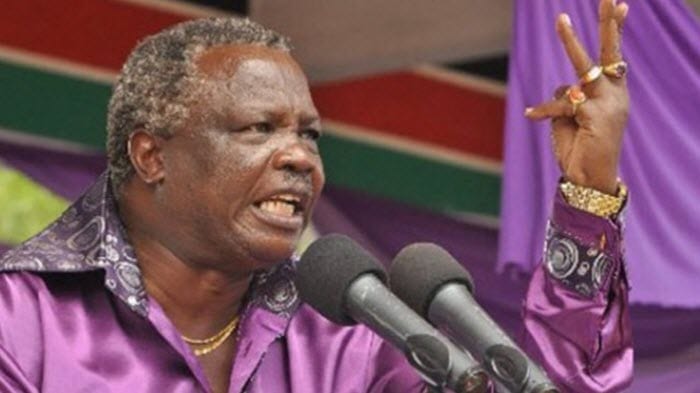 Central Organisation of Trade Unions (COTU) Secretary General Francis Atwoli has proposed the formation of a mediation team to unlock the political stalemate between NASA and Jubilee.

Atwoli wants a team of 10, made up of experienced politicians and technocrats to be formed to help avert a political crisis ahead of the repeat presidential election slated for October 26.

Speaking during a press conference in Nairobi, Atwoli called for talks between President Uhuru Kenyatta and National Super Alliance leader Raila Odinga saying that it is imperative that the two leaders engage in talks to save the country from an impending crisis.

“It is only through political peace that a country can remain stable, therefore, we are appealing to our leaders to assess the situation and dialogue because at the end of the day Kenya is bigger than them,” Atwoli said.

He said that that NASA’s anti IEBC demonstrations have affected businesses across the country saying that the situation will get worse when the coalition holds protests on a daily basis from next week.

“A number of sectors have been affected including the hotel and energy industries leading to massive layoffs and it’s going to be bad next week when the demos will be held daily,” Atwoli said.

He also called on IEBC chairman Wafula Chebukati to use his position wisely.

“Chebukati should be assertive since he has the power to do anything to rescue the country,” said Atwoli.