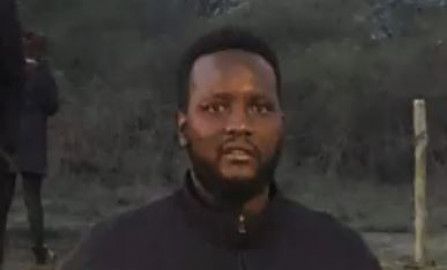 Inspector General of Police Hillary Mutyambai's son David Mwendwa is likely to be charged with two counts of causing death by dangerous driving following an accident that occurred Thursday involving a vehicle he was driving and two motorcycles.

Mwendwa is said to have run over a pedestrian before colliding with two motorcycle riders, fatally injuring them along Nairobi’s Southern Bypass.

Though lucky to be alive, the pedestrian remains in critical condition; Mwendwa is alleged to have been intoxicated when the accident occurred.

Mwendwa supposedly fled from the scene alongside two female passengers on board the Toyota Hilux truck he was driving.

Neither the wreckage of the car nor a police report on the accident was available at Lang’ata Police Station, in whose jurisdiction the accident happened. This sparked talks of a cover-up.

Nairobi County Traffic Commandant Joshua Omukata has however refuted claims that the police were covering up the accident to exonerate Mwendwa, saying investigations will be conducted without putting into consideration the suspect's relatives.

Mwendwa presented himself at Lang’ata Police Station on Friday evening, a day after the accident took place.

Omukata says a medical examination will be conducted to establish whether he was drunk at the time of the accident.

“At this point, investigations about the accident are at an advanced stage and in due course, our file will complete once we obtain crucial evidence regarding the accident before we submit the file to the office of the Director of Public Prosecutions for advice,” NPS said in an earlier statement.