Gladys Boss: The President’s SOTN address left me wondering whether he lives in Kenya 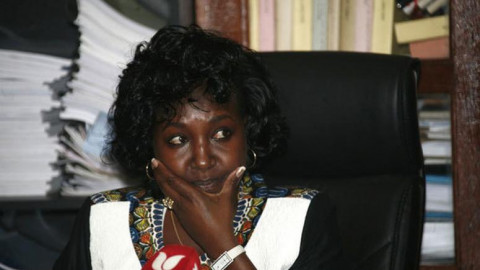 The legislator, speaking to Citizen TV on Wednesday, described the President's speech as completely oblivious to Kenyans' true needs.

“The president’s address left me wondering whether he lives in Kenya or whether his advisors or speechwriters live in Kenya. It clearly shows that he is completely oblivious of what is happening in the country,” she stated.

The legislator also chastised the president's views on the contentious Building Bridges Initiative (BBI), claiming that bringing up a case that is still in court during his State of the Nation address was illegal.

"The need for political stabilization is the most urgent task facing Kenya today," President Kenyatta said in a speech to the parliament on Tuesday.

“He said ‘it shall happen’, so basically he is telling us whether you like it or not, whether the court rules differently, he will ensure that there is constitutional change.”

The county MP also criticized Kenyatta's speech for failing to cover topics that the constitution requires a State of the Nation address to cover.

“The president went on to speak about certain developments; roads, infrastructure, electrification, and technical and vocational training colleges. Those achievements started in 2013 and went on to 2017,” she said.

“There is nothing in his state of the nation address that actually answers what he is supposed to do under Article 132 of the constitution,” she added.

In nullifying the BBI in August, the court ruled that President Uhuru Kenyatta had no legal authority to introduce a popular initiative to amend the Constitution.

The government and the proponents of BBI lost in their attempt to appeal the ruling in the Court of Appeal.

The Attorney-General has since moved to the Supreme Court to challenge eight findings of the Appellate Court that overturned President Uhuru Kenyatta's bid to amend the constitution through the BBI process.

On Tuesday, President Kenyatta said the courts went against the will of the people, consequently denying the country an opportunity to realise much-needed political stability.

The Head of State insisted that due process was followed to ensure that the BBI process was a popular initiative, “but a few individuals sat back in the back room and decided otherwise.”

The hearing of the BBI appeal case at the Supreme Court is set to begin in January 2022.