'Sipangwingwi': Battle over who coined the now popular phrase rages on 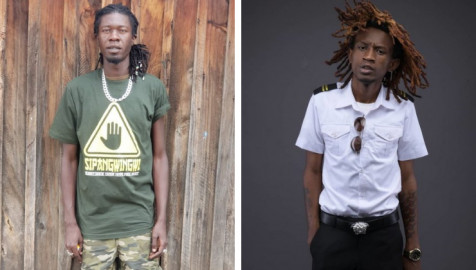 Kenyan Reggae emcee and entertainer Jack Kwaka Jumanne, popularly known to his fans as Zendiambo Curedeh, has come out to claim that he coined the ‘Sipangwingwi’ slogan ahead of the song released by Gengetone artists Exray, Trio Mio and Ssaru.

The catchphrase that has now become the Kenyan movement has cut across all social media platforms, making its way to TikTok as a trending sound.

Speaking to Citizen Digital, Zendiambo accused the artists of using the slogan from his content creation to create and title their song without crediting him.

“The three artists all know me and what I do in the entertainment industry, so for them to claim that they came up with the word, that is a lie! The trio plagiarized the slogan ‘Sipangwingwi’ from my content creation and released the song with the same tittle. I personally talked to Exray and demanded to be part of the deal, but all in vain,” he said.

The reggae emcee and ‘Mbogi Naree’ founder claimed that the catchphrase among others that emerge from his content creativity has been a hit on TikTok before, adding that it is a selling brand that he uses to print on t-shirts.

“Sipangwingwi has been a trend on TikTok before the song was released. Question is who came up with it? The phrase is more than one year old. I even have branded t-shirts that I have been selling for about a year now,” he added.

Zendiambo noted that he is not looking to clout chase, but is instead pushing for artists to uplift each other in the different fields of the entertainment industry. He stated that all he wants is to be accredited and be part of the deals that come from the song ‘Sipangwingwi’.

“The trio is riding on someone else’s glory. They ought to credit me and come out clean to admit the inspiration behind the song is from my content,” said the MC.

“I’d like to put across that I am not clout chasing. I am already known far and wide. I already have publicity. What I would appreciate is if they credit the founder of the slogan. In future, the same might happen to someone else. In the entertainment industry, we need to uplift each other and not take each other for granted.”

Zendiambo started his career 10 years ago under reggae presenter Mbusi before joining other labels like Agogo Family and Junior Dread.

He is the founder of Mbogi Naree Entertainment and runs a side hustle selling branded t-shirts.

Exray, on the other hand, refuted the claims by Zendiambo saying he is just but chasing clout.

“I am in awe because ‘Sipangwingwi’ is like the slogan ‘Rieng’, these are words that are used on the street from long ago. He has no rights to the phrase so all I can say is that the guy is chasing clout,” said Exray.

Kirinyaga Governor Anne Waiguru recently joined the bandwagon taking up the ‘Sipangwingwi’ challenge as she promised to support and celebrate the Kenyan creative art and the entire creative hustle by sharing photos of herself dressed in the Kenyan style.