Uhuru announces measures to tame loss of money at NYS 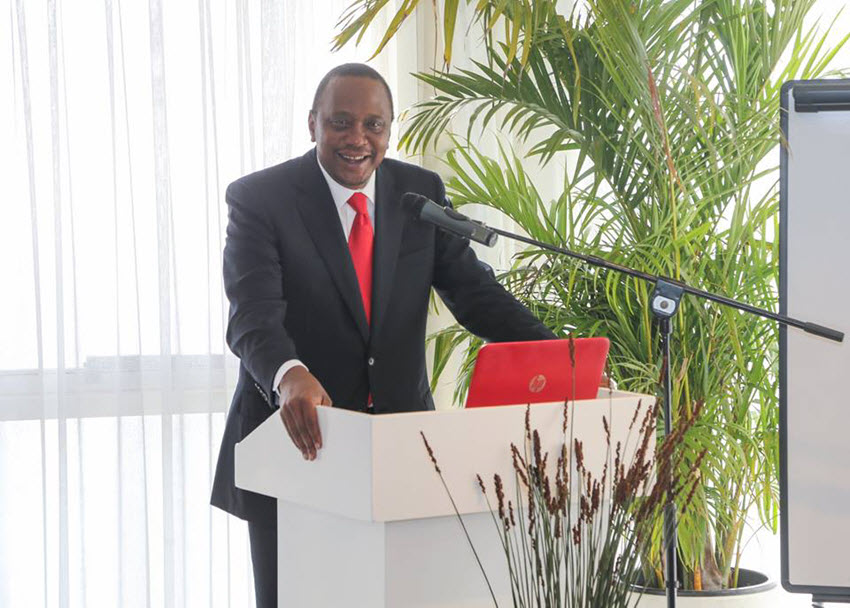 President Uhuru Kenyatta has said there is need to embrace digital payment systems to prevent loss of money at the National Youth Service (NYS).

Speaking in Kisumu where he presided over the official opening of a Seventh Day Adventist Church on Sunday, the president noted that NYS projects will resume by the end of February and will be spread across the country.

“The NYS project will resume by the end of this month and will be spread across the country as we seek to empower our young people.”

President Kenyatta further called on political leaders to respect each other and desist from engaging in politics of malice.

“We should focus on issues affecting Kenyans instead of engaging in malicious attacks. As leaders we should respect each other and not confuse political differences with enmity,” he said.

Uhuru called on leaders to focus on improving the livelihood of the youth by providing job opportunities saying this will help eradicate crime in the country.

The NYS project, which was formerly under the Devolution Ministry during the time of former CS Anne Waiguru has since been moved to the newly created Ministry of Public Service, Youth and Gender Affairs under CS Sicily Kariuki.

The department was rocked by various allegations of corruption and fraudulent transactions that led to the apparent loss of Sh791 million.

Several officials including the then Devolution PS Peter Mangiti and former NYS Director General Nelson Githinji are in court over the corruption allegations.

Waiguru also resigned as Devolution CS following political pressure over the corruption allegations at the NYS. She claimed that the fight against corruption had turned into a personal attack on her private life and values, saying she had chosen to resign over health concerns following advise from her doctor.

The project was temporarily halted afterwards, with Kariuki ordering the fast-tracking of an audit in all NYS suppliers.