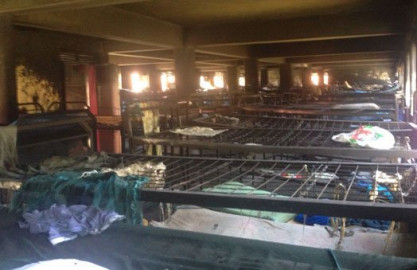 School heads in Siaya County now claim that comfortable lifestyles that children are exposed to at home is to blame for the increasing cases of student unrest in schools.

According to the Kenya Secondary School Heads Association (KESSHA) Rarieda branch chairman James Okoyo, exposure to lavish lifestyle by the parents is the main cause of the unruly behavior.

“Most children would always want to do something that would send them back home because the majority of parents have put them in luxurious life with access to everything that they would want including mobile phone,” Okoyo argued.

At the same time, Mr. Okoyo who is the Principal of Ramba Boys High School also blamed drug and substance abuse for the unrest, saying that some of the learners become restless when they cannot access the drugs.

Speaking to Radio Ramogi, the principal noted that those who use drugs often influence their unsuspecting colleagues and even lure them into unruliness.

Addressing the issue of parents,  the school heads' association chairman proposed that in order to contain unrest in schools, parents must stop pampering and putting their children in a luxurious life when they are at home.

He urged parents to instead ensure that those children are involved in meaningful engagements that can help in nurturing them to become responsible people in society.