Assistant chief hospitalised after attack by herders in Laikipia 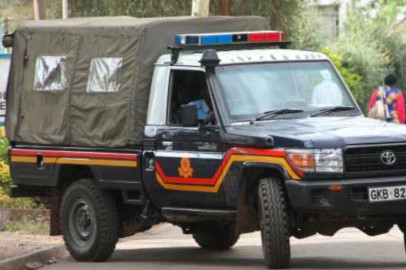 Police in Ol Moran, Laikipia County have launched a manhunt for several herders who attacked and seriously injured an assistant chief.

Githima sub-location Assistant Chief Peter Waciuri was trying to resolve a dispute between herders and farmers on Tuesday when the herders turned on him and attacked him with rungus and swords.

According to Kirima Sub County Deputy County Commissioner John Orata, the herders, suspected to be from the neighbouring Samburu County, had driven their livestock into a fruit plantation.

Orata said that the administrator is admitted to the Nyahururu County Referral hospital with serious head injuries and a broken arm.

James Kariuki, a farm owner, said fruits worth Ksh.600,000 were destroyed by the herders' livestock.

The incident led to a confrontation between locals and other herders, with residents denying the herders access to livestock watering points in the area.

Following the chaos, the Deputy County Commissioner has directed herders who have migrated into the area to return to their counties of origin because the rainy season has started.

He added that from Wednesday, police will start driving migrant herders from the neighbouring counties of Isiolo, Samburu and Baringo out of Laikipia county.

Herders from the neighbouring counties have been camping in Laikipia with their livestock in search of pasture.