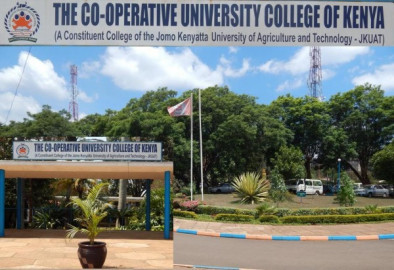 The Co-operative University of Kenya has issued an apology over a controversial banner that stereotypically stated that women invite their own rapes, sexual assaults, and harassment by the manner in which they dress.

The message on the banner implied that female students and women, in general, could be raped based on the type of clothing they chose to wear.

Images of the banner were shared on social media eliciting sharp reactions, forcing the institution to issue a statement.

"Our attention has been drawn to pictures of a banner circulating on various social media platforms on Thursday, November 25, 2021 bearing a message about a campaign being organised by the Student Governing Council (SGC) on student Dress Code," the University said in a statement.

"The erroneous messaging portrayed by the banner is misleading and highly regrettable. We sincerely apologise for the miscommunication."

The university said the banner has since been pulled down and action taken to issue such an incident does not re-occur.

“The erroneous messaging portrayed by the banner is misleading and highly regrettable. We sincerely apologise for the miscommunication. The banner bearing the erroneous message was put up without the approval of the University Management and it was brought down immediately it came to our attention. Appropriate action has also been taken to ensure that the same does not recur,” said the institution.

Before making the statement, Kenyans on Twitter were fast to react condemning the University.

"I'm hoping this is a fake pic or something. This is a new low for an academic institution," Dennis Okaka added.

"Rape is part of a power struggle. Has absolutely nothing to do with the victims dressing. For the university to blame the victim points to the effort we must continually make to educate all that rape is about power not about dressing," Jane Gitau said on her part.