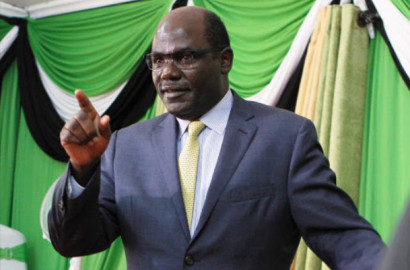 Politicians participating in public fundraisers after December 9, 2021, will be committing an electoral offence and will be barred from running for office during next year’s polls.

This is according to Independent Electoral and Boundaries Commission (IEBC) chairperson Wafula Chebukati who maintains that the deadline for holding such fundraisers will elapse after the aforementioned date.

"On the issue of harambees, after December 9, it becomes an election offence," Chebukati said in a virtual meeting with the Senate Committee on Justice and Legal Affairs on Wednesday.

Any aspirant who goes against the order, Chebukati says, will be in breach of Section 26 of the Election Act and will be debarred from participating in the general elections next year.

The IEBC boss consequently stated that the electoral commission will work closely with the Office of the Director of Public Prosecution (ODPP), to enforce the directive and arrest individuals flouting the rules.