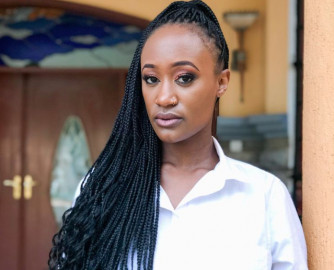 Media personality Mandi Sarro has finally broken her silence after a former co-worker came out to accuse her of bullying, sparking a flurry of other allegations against her online in an intense conversation that spawned over three days.

Miss Mandi, as she is popularly known, in a statement released on Saturday expressed remorse over the situation saying her silence was meant for introspection.

The content creator and former radio presenter, while saying she could not remember many of the allegations leveled against her, acknowledged the hurt she could have caused the alleged victims if indeed they did happen.

“I can also see how those experiences contribute to the overall ‘mean girl’ culture that is perceived to be a part of the media industry here in Kenya. I do not wish to contribute to that culture and I mean that sincerely,” she wrote.

Miss Mandi said she is not the same person she was years ago, stating that she has in her older years strived to become a better person.

She said she has continuously strived to learn from her mistakes and become more empathetic, adding that she will similarly use this experience as an opportunity for more self-improvement.

The self-proclaimed ‘Throwdown Quuen’ went ahead to recognize the people within her circles who spoke to her over the allegations, thanking them for their counsel.

“To all those that have recounted particular negative experiences that involved me, please know that while my intentions were never to cause you harm and what I can now see was deep trauma, I acknowledge that my words and actions could have caused them. For that, I apologize. I feel terrible that some of my actions could have caused those who have interacted with me such distress because that is not who I am now, or what I stand for,” she stated.

“…as I myself stated in the tweet that has sparked this whole conversation, accountability is important. While I stand by those words, I also believe that this would have been possible without all the painful and hurtful comments that have flooded the Internet over the past few days. But more importantly, this incident has highlighted how important it is for all of us to have healthy and just avenues to resolve workplace conflict.”

She added: “With my own experiences as an employee in the past and as an employer now myself, I cannot underestimate how important it is to create safe work spaces for all I come into contact with. So I pray and hope that anyone who may have been hurt by previous colleagues will find new ways to address those conflicts which allow them to be genuinely resolved. I've been on a journey of self-improvement for the past decade and that path is going to continue. We are all more than our worst moments. I will continue to work to be the best version of myself. The world needs more kindness and love and I want to continue to contribute to it.”