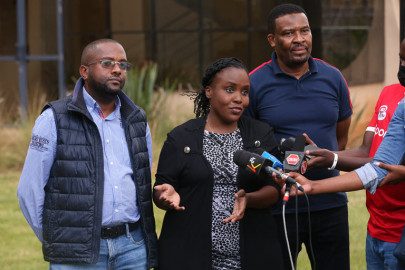 The Football Kenya Federation Caretaker Committee has dismissed claims they have met with Adel Amrouche for talks over the Harambee Stars managerial role.

The national team is currently without a head coach following the departure of Engin Firat whose three-month contract expired in November last year.

The FKF Caretaker Committee had indicated it was looking to find a replacement for the Turk, whose appointment by the ousted FKF President Nick Mwendwa had sharply been criticized.

But the Committee’s league chairman Ali Amour insisted they had not approached Amrouche, who was wrongly dismissed by the Kenyan federation in 2014.

“The rumour going round is false information. We have never met Amrouche, we have never made a call to him neither have we discussed Harambee Stars coaching staff issue in any of our meetings.

"Our focus is on Harambee Starlets currently. It should be clear to everyone that Aden came on his own interests and left on his own peril, after the visit,” Amour said.

He added there are new plans in the pipeline that would change the way club coaches are appointed in the country, saying the quality of coaching ultimately affects the quality of the league.

“The committee will have a team to vet coaches before they join any club in the country. We have a new system in plan that will be implemented during all appointments in the future.”