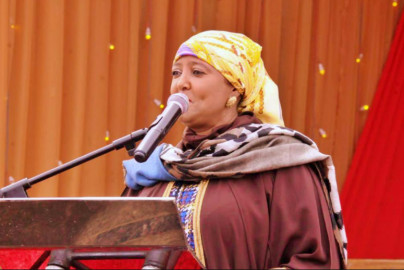 The Ministry of Sports is set to release a report on the gender welfare in the sporting sector in the country.

Sports Cabinet Secretary Amina Mohammed who constituted a nine-member taskforce to oversee gender welfare in sports last year July said the report will be unveiled in a conference set to be held next week, 17-21 in Diani, Kwale County.

The conference has been named after the late Agnes Tirop, an Olympian who was murdered last year in a case of gender-based violence.

Amina said the conference which will run under the theme ‘Leveling the playing field, gender inclusivity in sports’ will seek to address the issues of gender disparity in Kenyan sports as captured in the report.

“We want to provide a platform where stakeholders, sportswomen and men can converge and discuss the priority issues of inclusivity, welfare and of dignity. We intend to come out of this conference with a clear roadmap that will ensure and set standards for inclusivity and dignity in sports once and for all,” Amina said.

The CS revealed that the report seeks to address challenges facing both the male and female genders in the sports. However she regretted that the females were more affected than the male.

“We are not only focusing on women but also the male gender. We have however had a lot of issues that range from favouritism in the national team, disparity in numeration for the female athletes and officials. Rampant cases of sexual abuse directed to sportswomen from some officials,” said Amina.

Amina also disclosed that the female athletes were also victims of limited coverage by the media as compared to their male counterparts.

The nine-member task force who compiled the report was led by former marathon world record holder Catherine Ndereba who disclosed that women were highly disadvantaged in most sporting federations.

“What came out clearly is that women are not given equal opportunity in sports management and also when it comes to national teams you will find that one or two women officials are included in a crowded male traveling party,” said Ndereba.

According to Amina, the conference will not only dwell on the sports industry as various guests are expected to grace the event including the United Nations and some international sports federations such as the FIA and World Athletics.