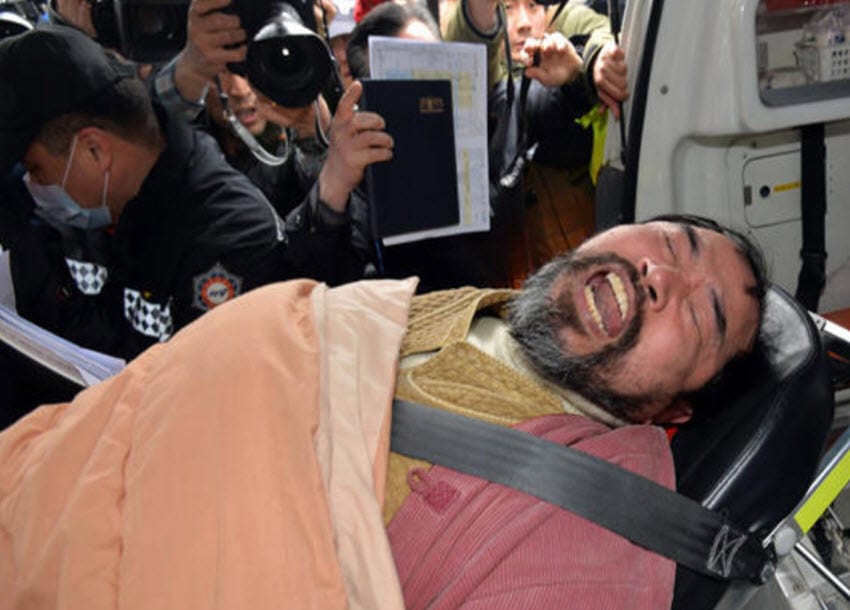 A man accused of stabbing Mark Lippert, the US ambassador to South Korea, has been sentenced to 12 years in prison, the Seoul Central District Court said Friday.

Kim Ki-Jong, 55, was convicted of attempted murder, assaulting a foreign envoy and business obstruction in the March 5 attack.

The US Embassy in Seoul commended investigators in the case and thanked South Koreans for their support.

“We continue to appreciate the strong support of the Korean people and the Korean government following the attack on Ambassador Lippert in March,” said embassy spokesman Daniel Turnbull. “This support demonstrates the deep friendship between our peoples.”

Lippert was stabbed March 5 during an event organized by the Korean Council for Reconciliation and Cooperation, which advocates peaceful reunification between North and South Korea.

Shortly before Lippert was supposed to give a speech, Kim slashed him in the face and jaw.

The ambassador suffered a 4-inch gash from his right cheekbone to his lower jaw that required 80 stitches.

He suffered no serious facial nerve damage from the blade that went in an inch deep. Lippert was also slashed five times on his left arm and hand.

Prosecutors had alleged that Kim, who was protesting annual joint military drills between South Korea and the U.S. military, violated national security laws with his attack. The judge did not agree.

Kim has the option to appeal the conviction.

Kim, 55, has a history of unpredictable behavior.

In 2010, he received a suspended two-year prison sentence for throwing a piece of concrete at a Japanese ambassador to South Korea, according to the Yonhap news agency.

Police had said that Kim visited North Korea seven times between 1999 and 2007, and authorities investigated a possible connection between his visits to the reclusive state and the attack against Lippert. But the idea did not hold up in court.

Lippert has also been the victim of at least one online death threat.

In July, South Korean officials arrested a man who had posted a threat to kill Lippert to the White House website.