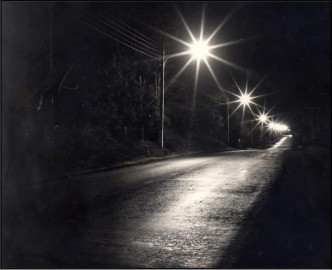 Tuesday’s countrywide outage which had spill-over effects into the better part of Wednesday has brought into sharp focus, the need for alternatives to the national grid and the creation of redundancies.

According to data from Kenya Power, 8.4 million customers are connected to the grid through 86,986 kilometres of high and medium voltage lines.

Nevertheless and while it may not be a common occurrence, a single failure within the chain can knock out power to all customers for hours as was the case earlier this week.

As such, Chief Executive Officer to the Kenya Renewable Energy Association (KEREA) Andrew Amadi calls for the development of alternative sources of power generation including a decentralisation of the national grid.

“We can bring better resilience by investing in alternative sources for power generation. One of the biggest problems for the grid is a single point of failure, that an entire system may be able to come down,” he said.

“Nationally, we need to have decentralised mini-grids which can be able to operate autonomously.”

According to Amadi, businesses can too set up their own redundancy measures and fallback plans to the grid particularly for businesses in critical operations such as hospitals.

Sectors such as telecommunications have for instance put up such stop-gap measures including stand-by generators and solar panels making mass outages of the mobile network system a rarity.

“There is nothing to stop anybody with the means to install roof-top solar to generate part or all of their electricity requirement,” added Mr. Amadi.

According to authorities including the Ministry of Energy, Tuesday’s outage was likely caused by metal vandals who caused the falling of towers supporting the 220-kilometre high voltage Kiambere-Embakasi transmission line.

Sources in the energy sector however read sabotage into the collapse of the high voltage transmission line with particular forces in opposition to the recent move to slash electricity prices seen to be behind the national outage.

Tuesday’s national blackout which lasted hours for instance came barely a month into the collapse of four towers in Longonot which knocked off supply from the Lake Turkana Wind Power farm (LTWP) in Loiyangalani, Marsabit County.

As such, Energy Economist and Director, Policy and Strategy at Africa Utility Forum Thuo Njoroge sees the outage as a one-time occurrence.

“This is a one-time eventuality and my reading is that some quarters do not want to see the entire tariff reduction program see the light of day,” he said.

Kenya has not been synonymous with national blackouts with the last notable interruption to electricity transmission coming through the infamous ‘monkey-trip’ incident in 2016.

According to Thuo, Kenya’s grid is reliable to the largest extent with supply consistently sticking ahead of demand. At the same time, Kenya’s national grid is relatively modern.

“Our power systems are to a greater extent- reliable, our supply exceeds peal demand and the transmission infrastructure has had recent upgrades.

World over, national power outages by sabotage may be rare but are a potential occurrence.

The most recent documentation of this was the 2015 Ukraine power grid hack whereby hackers remotely compromised information systems of three energy distribution companies, knocking off power to an estimated 230,000 consumers for up to six hours.