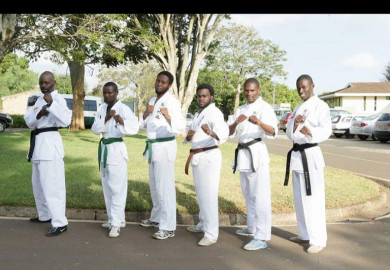 The Ibrahim Ingalwa coached side collected a total of 128 medals in the two-day event, bagging 39 gold medals, 33 silver and 56 bronze.

Jasiri, as they famously known, started the medal collection on day one scooping eight; three gold, three silver and a bronze in forms categories.

Musungu who has won gold for all the nine editions of the international tourney expressed his joy adding that nothing beats good preparations in keeping fine form.

"The training I had done gave me the confidence, I could feel I was ready for any opponent. The secret is just training hard," explained Musungu.

A total of 16 countries and more than 300 delegates participate in the two days event held at the Aga Khan Academy Mombasa.