CAF confirms all systems go for AFCON in Cameroon 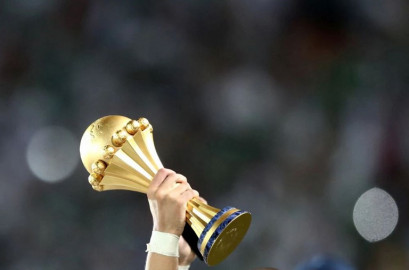 Confederation of African Football (CAF) president Patrice Motsepe confirmed on Tuesday the Africa Cup of Nations would go ahead as planned in Cameroon from Jan 9-Feb 6, ending concerns that the already delayed finals could be postponed again.

The announcement followed a meeting between Motsepe and Cameroon president Paul Biya after concerns had been expressed over a lack of organisation for the 24-team tournament, incomplete building work and the threat of coronavirus outbreaks due to the fast-spreading Omicron variant.

"I’m going to be here on Jan 7 and I’m coming to watch football," Motsepe told reporters. "I’m coming to watch on Jan 9 (the opening match between) Cameroon against Burkina Faso. I’ll also be around to see when the trophy is handed over."

Clubs in Europe, where most of the players in the tournament play regularly, are concerned over the healthcare arrangements due to the rising number of COVID-19 cases.

Motsepe previously confirmed strict testing measures for players and staff, and added on Tuesday that spectators would need to show proof of negative PCR tests.

"We must always identify problems and challenges, and not shy away from them. We must have the confidence and the belief that we can overcome them," he said.

"Nobody will be allowed into the stadium without a (negative) PCR test. We will have to protect the fans that are there. Of course, there will be concerns about fake tests going around, but we are dealing with those issues.

Cameroon was originally awarded the hosting of the 2019 finals but the tournament was switched to Egypt when CAF found the central African country was not ready.

They were then handed the 2021 tournament, which has since been delayed by 12 months due to the COVID-19 pandemic.