'Uhuru's reign has been one of terror and brutality,' Kandara MP Alice Wahome claims 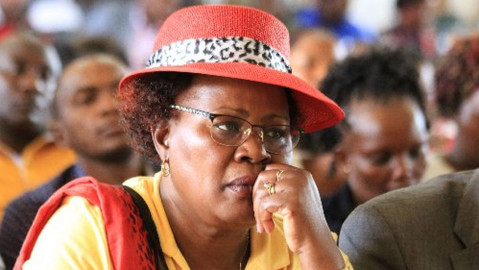 While addressing the media at the beginning of the year as it is her norm, the legislator censured President Kenyatta’s reign saying that it has seen abuse of power by the State and terrorising of innocent citizens.

She faulted Kenyatta’s governance citing the recent deployment of the military in running key public institutions saying their installations is an abuse of military roles.

“President Kenyatta has succeeded in the Uhuru gulag on state terror and brutality upon the people of Kenya,” Wahome said.

She added: “By way of demonstration of military power to a civilian government sends the wrong signals because this is not a military commander.”

Since the fallout between President Kenyatta and his Deputy President William Ruto, leaders allied to the DP have accused Uhuru of using investigative agencies to harass them for their political stand.

“He has succeeded in capturing, compromising and weaponizing the state institutions especially police and the prosecutorial services of the Office of Director of Public Prosecution,” she added.

Wahome further castigated the Head of State over succession politics saying that it was a plot to hold power beyond 2022 after his tenure comes to an end in August this year.

“We have been told by some persons and mouthing pieces that the president is too young and therefore he is going nowhere,” stated the MP.

“You have also heard that they are doing some ‘ka putting’. These statements should not be taken lightly,” she added.

“President Kenyatta will go down as a president who presided over a heavily indebted economy in the history of the country where debt servicing takes more than two-thirds of our national revenue,” Wahome explained.