U.S says it will determine quickly if Iran is serious in nuclear talks 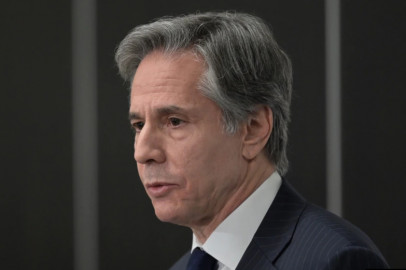 US Secretary of State Antony Blinken addresses a press conference in Stockholm on Dec. 2, 2021.

U.S. officials are increasing pressure on Iran to make progress in reviving a 2015 deal that curbed the Iranian nuclear program, saying they will determine within days if Tehran is serious about negotiations with world powers in Vienna.

“We’re going to know very, very quickly, I think in the next day or two, whether Iran is serious or not,” U.S. Secretary of State Antony Blinken said Thursday, speaking to reporters before leaving Stockholm.

Some analysts said Iran may deflect such pressure by using negotiating tactics to try to prolong the talks, which are aimed at reviving the 2015 deal known as the Joint Comprehensive Plan of Action.

The United States and Iran resumed indirect negotiations in Vienna on Monday, with other countries acting as mediators and seeking to bring both sides back into compliance with the JCPOA. U.S. and Iranian negotiators previously held five inconclusive rounds of indirect talks in Vienna from April to June, when Iran suspended the negotiations ahead of its presidential election that month.

Under the JCPOA, Iran promised it would curb nuclear activities that could be weaponized in return for international sanctions relief. Tehran denies seeking nuclear weapons.

The prior U.S. administration of former President Donald Trump quit the JCPOA in 2018, saying it was not tough enough on Iran, and reimposed U.S. sanctions. Iran retaliated a year later by starting to publicly exceed JCPOA limits on its nuclear activities. Trump’s successor, President Joe Biden, has said he wants to honor the deal again if Iran does the same.

The International Atomic Energy Agency confirmed Iran’s latest breach of JCPOA limits on Wednesday, saying it has begun using advanced centrifuges at its underground nuclear facility in Fordo to enrich uranium up to 20% purity, a short step away from weapons-grade levels.

Israel, a key U.S. ally whose destruction Iran has vowed to pursue, reacted to that news with alarm. The Israeli government said Prime Minister Naftali Bennett spoke by phone with Blinken on Thursday and accused Tehran of using its Fordo advances as “nuclear blackmail” in the JCPOA talks. It said Bennett urged the United States and other world powers to respond by stopping the negotiations immediately.

Blinken made his comment about determining the Iranian negotiators’ seriousness in “the next day or two” as he responded to a reporter asking what he thought of Bennett’s appeal. “We will not accept the status quo of Iran building its [nuclear] program on the one hand and dragging its feet in talks on the other. That’s not going to last,” Blinken added.

It was the first time that Blinken or any other Biden administration official has publicly stated such a specific and short timeframe for assessing Iran's negotiating position, after months of declining to do so while also saying that time was running short.

In comments to reporters Thursday in Vienna, Iranian chief nuclear negotiator and Deputy Foreign Affairs Minister Ali Bagheri Kani said Tehran is prepared to continue the talks if “they are ready” to do the same, in apparent reference to the U.S. and other Western powers.

Britain, France and Germany, the three European powers acting as mediators in the JCPOA talks, already had toughened their stance toward Iran last week, issuing a statement expressing “deep concern” that Iran is “permanently and irreversibly upgrading its nuclear capabilities and exposing the international community to significant risk.”

Iran has repeatedly insisted that it wants all sanctions imposed by the U.S. in recent years to be lifted, regardless of whether the U.S. justified the measures as responses to Iran’s nuclear activities, alleged involvement in terrorism or alleged human rights abuses. Tehran has not publicly outlined what nuclear concessions it is willing to make.

“My understanding from the latest news reporting is that [Iran’s proposals] have been maximalist demands that are unworkable for the United States,” said Jason Brodsky, policy director of U.S. advocacy group United Against Nuclear Iran, in a VOA interview.

Iran analyst and JCPOA critic Behnam Ben Taleblu of the Washington-based Foundation for Defense of Democracies told VOA that a serious negotiating approach by Iran would mean not only dropping its demand that the talks focus initially on sanctions relief but also proposing a timetable for returning to Iranian compliance with the JCPOA’s nuclear limits.

Brodsky said Blinken’s Thursday remarks also could give Iran an opening to prolong the JCPOA talks in other ways.

“Even though the hour is getting very late,” Blinken said, “it is not too late for Iran to reverse course and engage meaningfully in an effort to return to mutual compliance with the JCPOA.”

Brodsky said Iran could accept IAEA demands to restore U.N. inspectors’ access to cameras at a centrifuge workshop in Karaj after blocking such access for months. “It would be a token concession to keep the process going,” he said.

Ryan Costello, policy director of pro-JCPOA U.S. advocacy group National Iranian American Council, said Iran’s nuclear negotiators may be posturing in such way that it would take time for the U.S. to figure out what their bottom line is.

“There are likely to be consultations in capitals and so forth, and the process will play out in weeks and months, not a couple of days,” he predicted to VOA.