'UDA empowers, we do not give handouts,' says MP Aden Duale 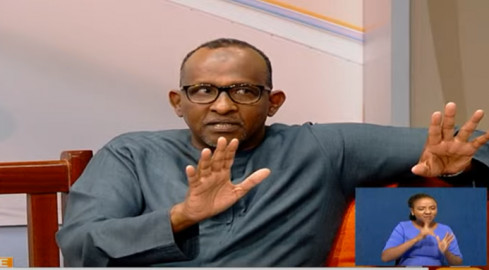 Former National Assembly Majority Leader Aden Duale has maintained that Deputy President William Ruto and his camp do not dispense handouts to youth but instead empower them to realize their full potential.

According to Duale, empowerment and handouts are two entirely different things; while the former allows people to have more control over their future, the latter is only a temporary solution.

This follows a statement made by the National Police Service (NPS) citing cash handouts as the reason why youth, from two different factions, clashed in Kondele, Kisumu County on Wednesday disrupting DP Ruto’s address and procession.

“The DP does not throw away empowerment cash into a crowd of people, everywhere we go we have boda boda that have structured sacco in place with leadership. If you leave the empowerment funds with the leadership, they or the CDF chairman will make sure that money is used well,” Duale said on Citizen TV’s JKLive show on Wednesday night.

“Why do they form their boda boda sacco? They want to go and negotiate for their own cheaper insurance, they can negotiate license fees for their members through NTSA if they go as a group. So when you are putting the money in their kitty it is like you are giving them extra resources.”

Duale similarly clarified that the source of the empowerment funds is legitimate and not from proceeds of corruption as rivals might argue.

“He can give part of his profits, we can do corporate collections. The money doesn’t come from me, it comes from a number of top business people. We all do fundraising and the funds are not proceeds of corruption,” said the Garissa Township MP.

Minority Leader John Mbadi however disagreed saying the DP should have been more politically alert of the situation in Kondele and desist from dispensing handouts.

“If you ask me there is a way to go there and address people. It is not just a place that you go and alert people. There are thousands of unemployed people, some on drugs and you cannot tell them that you are giving them Ksh.2 million,” said the Suba South legislator.

“You cannot go onto a Kondele market, a place with rowdy youth, a place with unemployed youth, and you announce that you have given Ksh.2 million to the youth, they will start asking about it.”