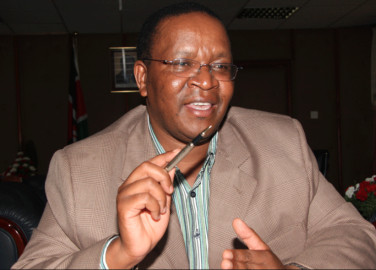 Interior PS Karanja Kibicho during a past address. PHOTO | COURTESY

The government has said this year’s Jamhuri Day celebrations set for December 12 will only be held at the Uhuru Gardens in Nairobi.

The government hence stated that no parallel celebrations will be held in the counties as has been the norm during past celebrations.

This, according to Interior Principal Secretary Karanja Kibicho, follows extensive consultations across government and expert advisories that such events will potentially accelerate COVID-19 infections.

PS Kibicho said vaccination stands will be set up at Uchumi Lang’ata grounds from Friday to Sunday between 8am-5pm to allow invited guests and members of the public get jabs as part of the ongoing mass vaccination drive.

The PS on December 3 said only 11,000 people will be allowed into Uhuru Gardens during the Jamhuri Day celebrations.

"In adherence to the containment measures, we will allow only 10,000 people in the public sitting area, and around 1,000 in the main dias,” Kibicho said in a statement to newsrooms.

“Invitations will be done through our usual systems [Nyumba Kumi and the NGAOs structure] to ensure that there is equal participation and fair representation by all classes.”