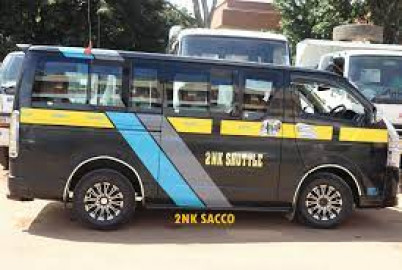 The Directorate of Criminal Investigation (DCI) has summoned the 2NK matatu driver who is reportedly fired after driving students abusing drugs into a police station on Friday.

According to the DCI report on Saturday, DCI George Kinoti has urged the driver, John Muthoni to avail himself at the DCI headquarters along Kiambu Road, on November 29th.

“John Muthoni is requested to contact the Director urgently through DCI’s toll-free hotline 0800 722 203 or present himself at the DCI headquarters along Kiambu Road, on November 29th,” DCI stated.

Kinoti expressed displeasure with the school management over the dismissal of their employee which he believes should have been complimented for the noble act.

“Muthoni should have been commended by his employer for being brave and risking his life to report a serious crime of immorality that involved high school kids, instead of being shown the door,” read the statement.

On Friday 19th, the said driver was transporting 14 students (seven boys and seven girls) from Nyeri to Nairobi for the mid-term break when they started smoking bhang and drinking alcohol.

"The concerned driver urged them to stop but the intoxicated students became unruly threatening him with dire consequences, as others warned him to mind his business and concentrate on driving them to Nairobi,” DCI on Friday.

“The students who were quick to notice the sudden detour, hurriedly disembarked from the vehicle as it made its way to the station. They dangerously jumped from the windows of the matatu, leaving their half-smoked joints, half-filled bottles of liquor and luggage in the vehicle,” added the DCI.

Following the incident, detectives at Sagana police station summoned the school’s principal to help them identify the students.

DCI Kinoti said drug abuse is a key cause of the current students' unrest in secondary schools and the rise of arson cases leading to destruction of property.

“Drugs abuse is a crime that breaks the hearts of many parents and ruins the lives of many young men and women. This might have contributed to recent acts of criminality, involving torching of school dormitories and other properties,” DCI said.

DCI went further to note that a manhunt for the students is underway.