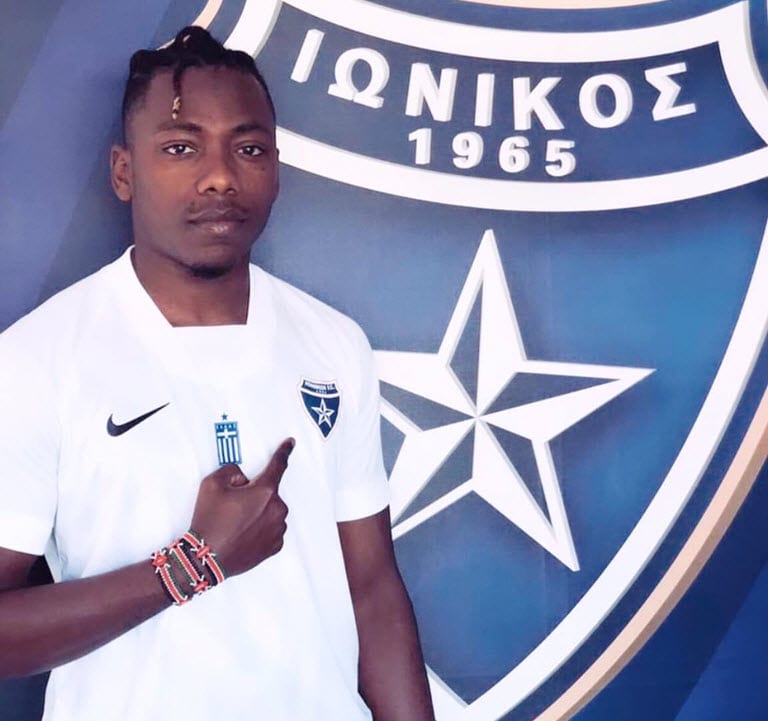 The 28-year-old featured in 21 out of the club’s 27 games scoring two goals from left-back as Ionikos made a return to the Greek top-flight after 14 years.

It was the third time in a row that club has climbed to higher division in the Greek football ladder, finishing 53 points and two above Xanthi who will play in the promotion/relegation playoff against Panetolikos.

The twelve-clubs Super League Greece 2 was founded in 2019, after the restructuring of the Greek football league championships, replacing the Football League (former Beta Ethniki) as the second level in the league pyramid.

In the 2018-19 season, Ionikos finished 2nd in the fifth group of the third national league (behind OF Ierapetra) and qualified to the third-tier league through playoffs.

In the 2019-2020 season they also finished second and got the promotion to the Super League 2 (along with Trikala, Diagoras and OFI) and now they are celebrating not being second, but as a champion and automatically gaining promotion to Super League 1.

Abud Omar, started his career playing for the defunct Admiral Fc from 2010 who loaned him out to Bandari Fc 2011-13 in the Kenyan Premier League (KPL) before joining Tusker till August 2015 when he was transferred to Panegialios.

The following year he moved to Slavia Sofia, where he played in the first division in Bulgaria till 2018 when he went to Belgian side Cercle Brugge for one year before going to Sepsi and eventually Ionikos.