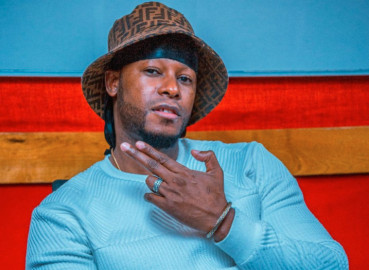 Kenyan dancehall maestro Redsan has jumped to the defense of Sony Music Entertainment and other international record labels from claims of wasting the talent of artistes they sign from the region.

Redsan, who was previously signed by Pan-African music company Rockstar4000, said artistes themselves are to blame if their careers do not take off after being signed by such major record labels.

According to the ‘Badder than most’ hitmaker, it is the prerogative of musicians to outline to the labels what they want to be done for them, rather than just sitting around and joyriding.

He further revealed that despite the fact that he will be releasing a new 12-track album this year independently outside Rockstar4000, his relationship with the record outfit is still very cordial.

“I particularly wouldn’t say we are parting ways since I consider them (Rockstar4000) family. I wanted to do things differently this time round,” Redsan told the Standard newspaper’s Pulse pull-out in an interview published on Friday.

“To everyone trying to drag Sony through the mud, let me tell you the truth; if you are a failed artiste, don’t blame the label. As an artiste you should give the label ultimatums rather than sit and wait for them to push you.”

Redsan further revealed that his new album will be released in August this year, and will feature collaborations with several international acts.

He stated that the first track off the yet-to-be-named album, which will act as the curtain raiser, will drop next week.

“This first single will be a controversial industry changer. Trust me this is going to be badder than baddest,” he said.

“I have featured a lot of international artistes on the album, but for a hint I have featured the likes of Stonebwoy from Ghana and my brother Demarco, among many other surprise names. We are already in talks to fly them here for the biggest concert in Kenya this year when their schedules are not tight. So we are thinking about summertime, probably around August.”

Redsan also addressed his perceived beef with music producer Sappy which played out in 2018 when an audio clip supposedly depicting him roughing up the producer over withholding his then ‘Baddest’ album tracks went viral.

However, according to him, the incident was just a stab at fame by the producer, which lasted only a short while.

“Hiyo ilikuwa ujinga tu, That had nothing to do with copyright issues, but was purely personal vendetta for clout. He had his 15 minutes of fame, but at the end of the day I had my 23 hours and 45 minutes of pure shine,” he said.