Gilad is finally a Kenyan citizen, 21 years after he came to the country 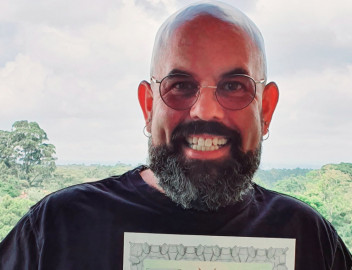 Musician Gilad Millo has expressed excitement after finally getting his Kenyan citizenship.

Gilad, taking to social media with the news, revealed that he applied for the citizenship six years ago.

The ‘Milele’ hitmaker, who was born in Israel, also stated that he first came to Kenya 21 years ago during which time he served as a diplomat.

"It has been 21 years since I first came to Kenya and 6 years since I applied for my Kenyan Citizenship. Now it is finally official. Najivunia kuwa Mkenya," he wrote.

A host of Kenyan celebrities have since taken to his Instagram comment section to officially welcome him to the land.